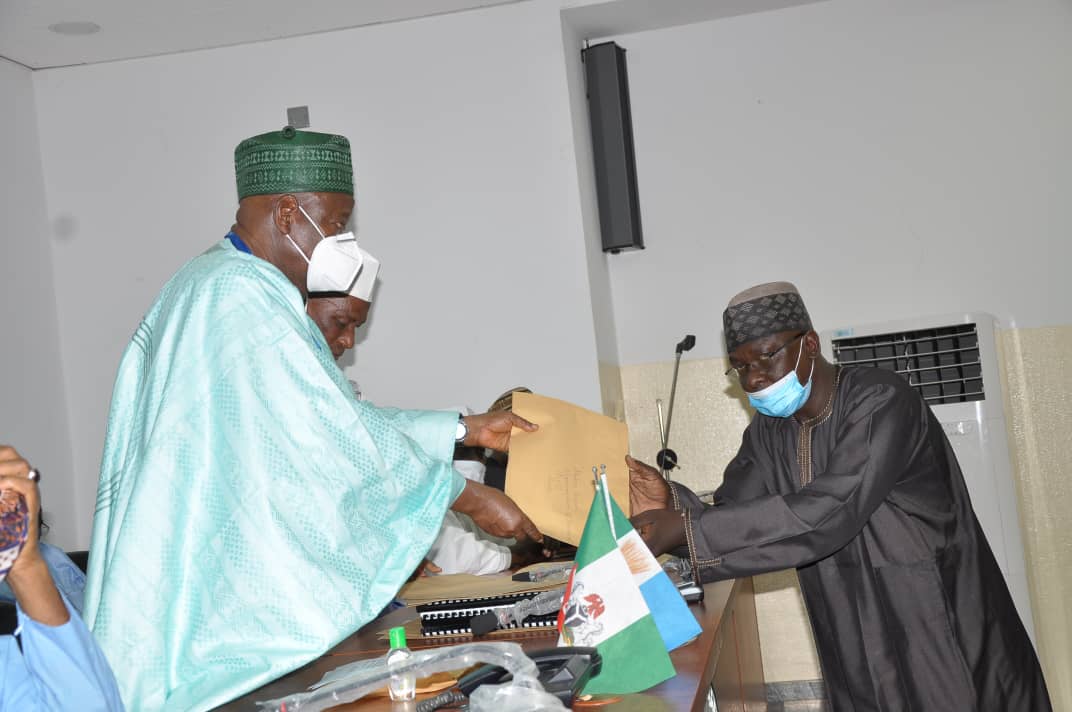 Governor Abdullahi Umar Ganduje of Kano state inaugurated Implementation Committee for the Report on the Judicial Commission of Inquiry into Missing Kano Children, with Justice Wada Abubakar Umar Rano, who headed the then Commission of Inquiry, as the Chairman; this was made bare in a press release by Abba Anwar, the Chief Press Secretary to the Governor.

At Ante Chamber, Government House, Kano, Saturday, governor Ganduje said, “After we received the report of the Judicial Commission of Inquiry, we understood that the recommendations are as important as they should and would best be implemented by those who made the suggestions.”

According to the statement, the Governor said “There are no better persons to implement these recommendations than you, who made the recommendations. There is difference between your former Commission of Inquiry and this Implementation Committee. Your first Committee was time bound. And this one is without any limited time”.

He further explained that, “Crime being a continuous process, your work should also be a continuous process. Because we want be rest assured that this report will not be dumped, is part of the major reasons why we are revolving you for this assignment.”

Recalled that, the Judicial Commission of Inquiry was inaugurated on 31st October, 2019, to critically look into the disturbing scenario of missing persons in the state with a view to unravelling the circumstances that led to the perpetration of that crime.

The then Commission of Inquiry was given the mandate of looking into such cases of missing persons from the year 2010 to 2019. When Kano 9 children were found in faraway Anambra state.

The Implementation Committee membership was drawn from both public and private organizations and civil society groups.