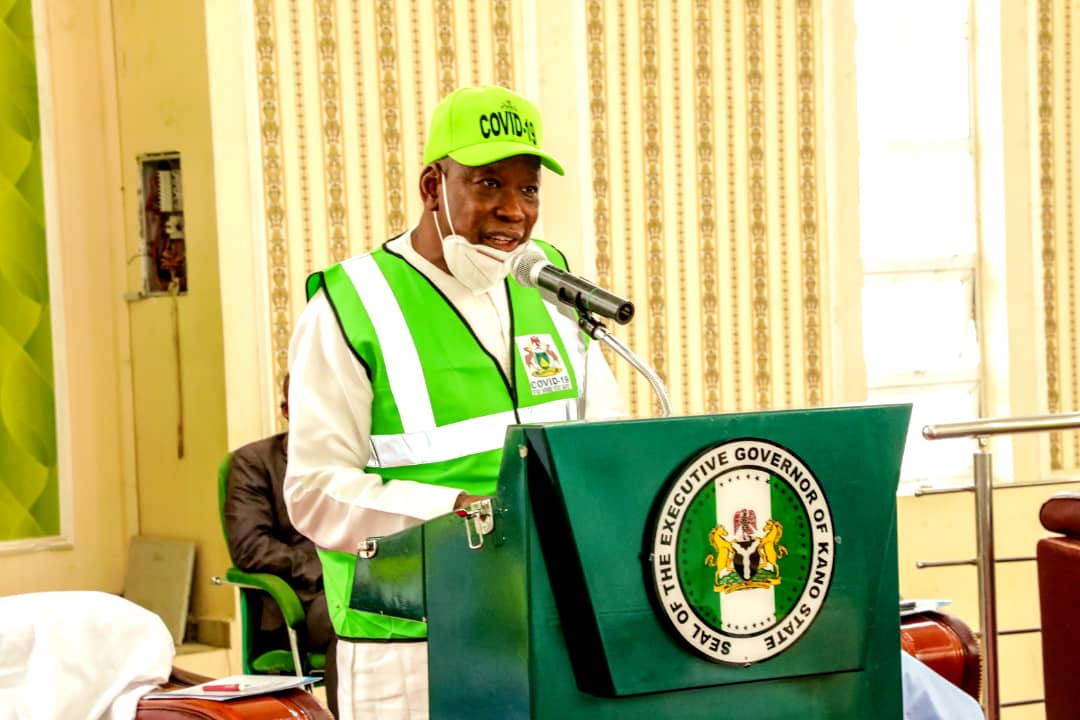 Sequel to the affirmation by the Director General of the Nigeria Centre for Disease Control (NCDC), Dr Chikwe Ihekweazu, that Kano was the state with the highest number of covid-19 tests, Coalition Against Covid-19 in Africa (CACinAf) hails Governor Abdullahi Umar Ganduje for the historic development. This was disclosed in a press statement signed by Abba Anwar, the Chief Press Secretary to the Governor of Kano State.

According to the statement, the position was made known through a letter sent to the Governor, signed by John Kumasi Attah, the West African Coordinator of the group, dated Friday, 26th June, 2020; it disclosed that, they had agreed to send the letter after the virtual meeting of the group’s Executive meeting.

It was sent to the governor in less than 24 hours after Dr Ihekweazu’s commendation for the Kano performance, during Presidential Task Force briefing on Thursday, 25th June, in Abuja.

The letter reads, “we are extremely delighted over the unrelenting efforts made by the Kano state government under Dr Abdullahi Omar Ganduje, OFR, against the global pandemic of COVID-19. Since when the governor made it clear few days back, how Kano was winning the war, we knew all stakeholders were watching with keen interest”.

According to the letter, the NCDC’s Boss affirmation of Kano’s performance, in terms of the highest number of tests conducted in the state, “…is not something surprising looking at the patriotic commitment of Governor Ganduje’s style of driving the response, is not only exemplary, but encouraging.”

The letter further reads, “we can see how Kano state is leading in this fight. We knew many strategic ways of covid-19 response were copied from Kano state. Such things include boundary closure, inclusion of traditional institutions, training and re-training of health workers, till when the state became the Training Centre for the Northern Nigeria, among many other things.”

They also observed that, it was in appreciation of Kano’s genuine effort and performance that, moved many other stakeholders, to help the state in many ways possible.

“An example of which were contribution of Testing Centres by bodies, like Dangote Foundation, E-Health Africa and Bayero University, Kano, many more samples collection Centres were contributed to the state and other contributions of palliatives from many individuals and organizations,” the letter stated.

CACinAf further encouraged Governor Ganduje to keep the good effort up, for the fact that, his people are genuinely benefitting from it, adding that, “Not only within Nigeria, his efforts are viewed from other African states. No matter what, Ganduje, is one of the leading flagships of the fight against covid-19 in Africa.”