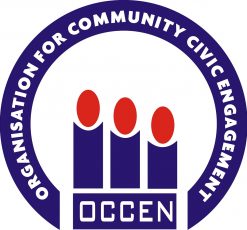 Organization for Community Civic Engagement – OCCEN has called on Kano State Governor, Dr Abdullahi Umar Ganduje OFR to speed up processes and procedures for the appointment of the State House of Assembly Commission Members that will allow for a full implementation of the state assembly autonomy; this was contained in a press release issued and signed by its Executive Director, Abdulrazaq Alkali.

OCCEN and its collaborating partner, a Department for International Development (DFID) Program, Partnership to Engage, Reform and Lear (PERL), have actively been involved in supporting and advocating for the financial autonomy State Houses of Assembly in Kano and Jigawa in the last 5 years to strengthen democratic institutions, Alkali said.

He also said “financial autonomy for States Houses of Assembly would allow the legislature to work better and with greater capacity in augmenting the efforts of the executive in bringing development to the people without being impeded by lack of finance, inadequate training, or insufficient manpower; the biggest gainers of an independent legislature and judiciary are neither members of the executive, judiciary nor of the legislation but the citizens”.

OCCEN’s mission is to promote the principle of separation of powers among the three arms of government (executive, legislature and judiciary) values that the Nigerian constitution stood by and reaffirmed by the recent amendment of section 121 (3) and presidential executive order, he added.

Alkali appreciated the efforts and intentions of the Hon House and Kano State Governor on the actualization of the financial autonomy of the state legislature. “We however, urge for speedy appointment of Kano State House of Assembly Service Commission members while the House re-pass the Fund Management Bill for re-submission to the Governor for assent”.