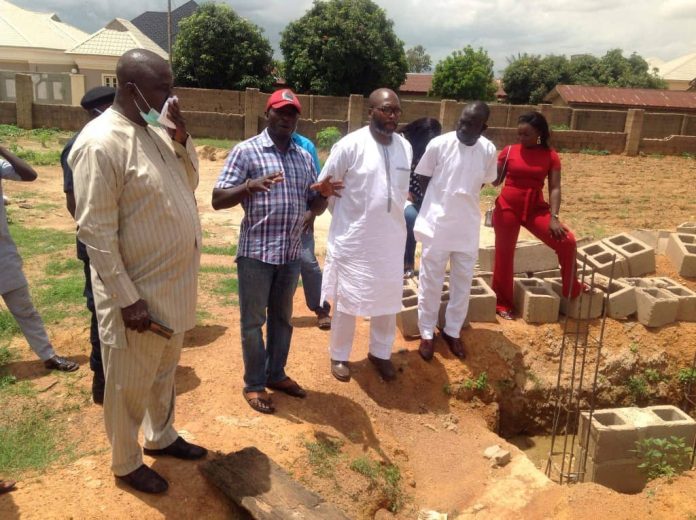 The member representing Barkin Ladi/Riyom Federal Constituency of Plateau State, Simon Mwadkwon paid a surprise visit to the leadership of the Berom Women Development Association BEWDA and Berom Youth Moulders – Association MYM-A to interface with groups and have firsthand information about their activities.

In her welcoming remarks, BEWDA President Ngo Florence Jambol appreciated the visit of the Federal Lawmaker describing him as a true representative of his people. She said women are peacemakers and as mothers they are confronted with numerous challenges especially the resettlement of internal displaced people in the federal constituency.

She called for humanitarian intervention accorded states like Zamfara, Borno, and Yobe to be extended to Plateau State which has suffered great violent crisis leaving many people homeless, injured or dead.

On his part, the President BYM-A, Arc. Gabriel Sunday commended Hon. Dr. Mwadkwon for being a voice to the people and prioritizing youth development;
he thanked him for being supportive.

Hon. Dr. Mwadkwon lauded the giant strides achieved by the leadership of the two associations in promoting peace, unity, prosperity and development of the Berom Nation. “Human capital development remains critical to me and I am committed to building the capacity of the people of Barkin Ladi/Riyom Federal constituency through people-oriented projects and legislation” he said.

He donated N1 million each to the two associations as contribution to a 1000 capacity auditorium under construction in the constituency during a tour around the facility; he promised to do more.