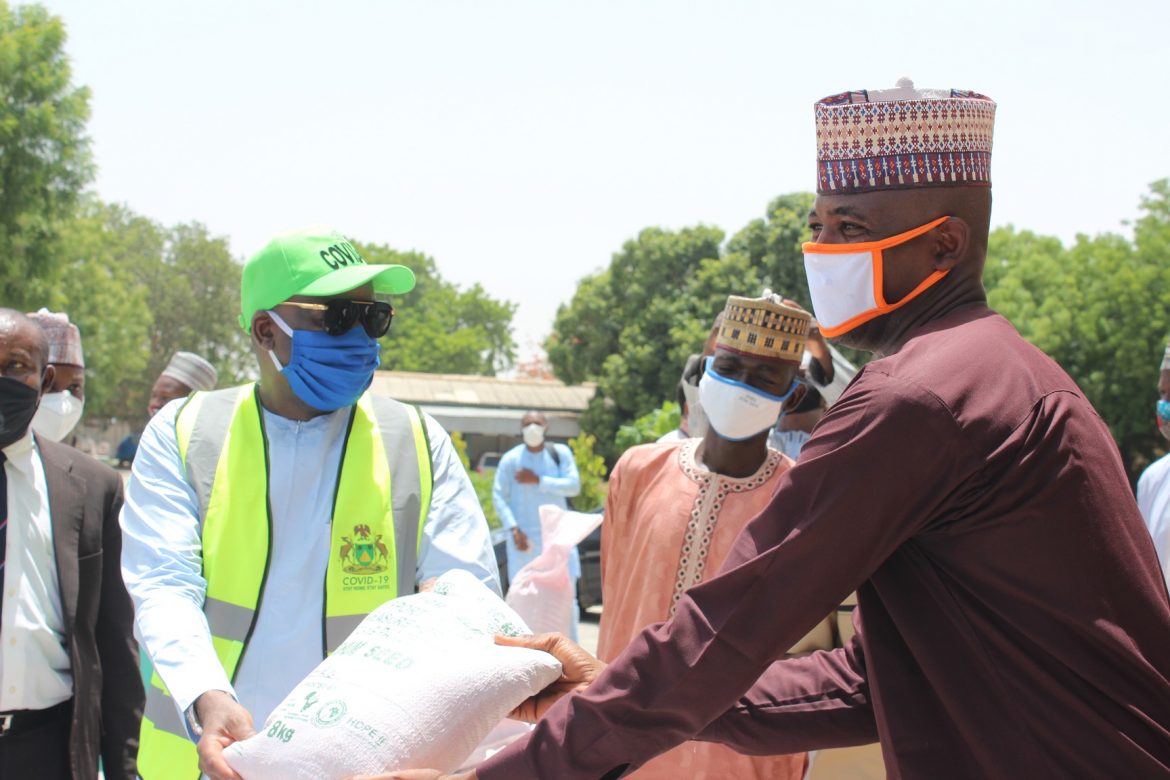 By Khalid Ibrahim and Isiyaku Ahmed

International Crop Research Institute for Semi-Arid Tropics (ICRISAT) in collaboration with other agricultural development partners has distributed free improved seeds as palliatives to 2000 smallholder farmers in Kano state ahead of the 2020 planting season.

In his address ICRISAT country representative in Nigeria, Dr. Hakeem Ajeigbe, stated that, the global trend has shown that there may be food shortages post covid-19 pandemic, adding that, based on the suggestion of a Director at the Federal Ministry of Agriculture, the institute mobilized various agricultural development partners who willingly bought the idea and donated the seeds as palliatives.

He said assisting the smallholder farmers with improved seeds will go a long way in boosting the nation’s food production capacity especially during the aftermath of covid-19 pandemic. He added that, each beneficiary will be given seeds that will be able to cover a hectare of farm, there will be followed up training by extension agents who will also conduct survey to identify some challenges facing farmers now and in the foreseeable future.

The institute is well positioned to give government information in developing policies that will improve the well-being of farmers.

Dr. Ajeigbe called on beneficiaries to appreciative and support government efforts in curbing the covid-19 pandemic in the state, he advised them to abide and educate their immediate families of the safety measures of social distancing, wearing of face masks, washing hands and other protocol recommended by the government for the safety of the society. He concluded.

On his part, Kano state Deputy Governor, Dr. Nasiru Yusif Gawuna who is also the State Commissioner for Agriculture, revealed that, the state government has similar provision for farmers in the state to boost food production and that the inclusion of youths as some of the beneficiaries will indeed make a tremendous impact in reducing unemployment rate in the state.

Dr. Gawuna also commended the efforts of the institute and other partners for the initiative which he said will surely assist farmers in meeting up with the nation’s food demand.

Musa Yakubu represented the youth farmers group from Ajingi, he thanked ICRISAT and the state government for considering his group and promised that they will judiciously use the seedlings for the common good of the society.