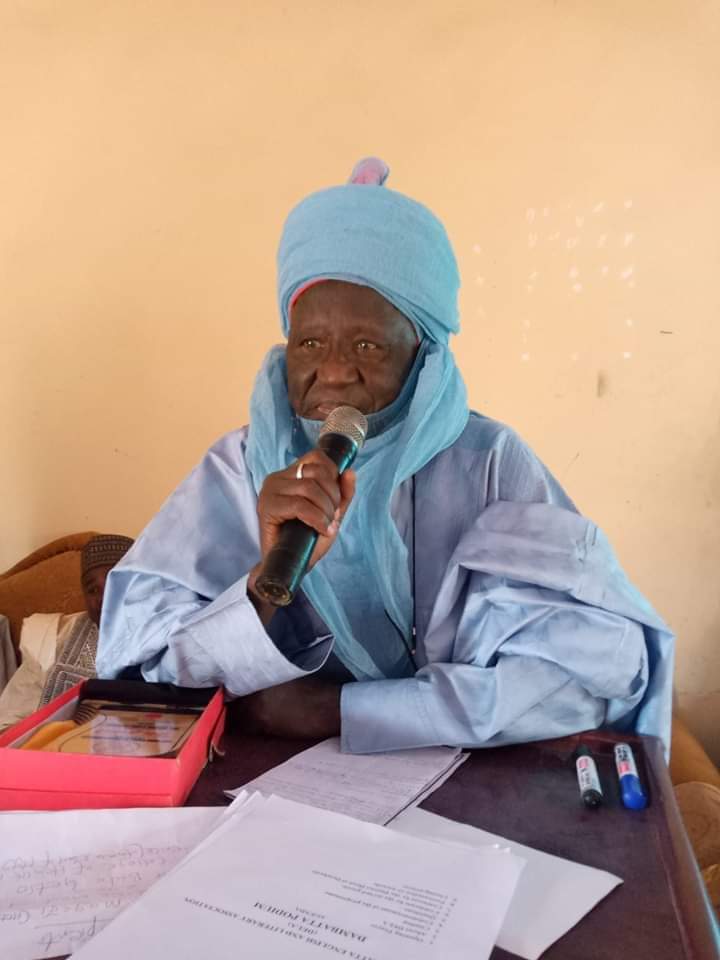 Dr Wada Waziri was born in Dambatta town. He was a great grandson of Sheikh Dabon Dambazau, the famous Jihadist and Sarkin Ban Kano (1807 – 1845) who financed the Jihad campaigns in Kano in the early 19th century.

Dr Wada Waziri started his working career in 1952 at Kano City Hospital later renamed Murtala Muhammad Specialist Hospital. He served in many villages such as Kunya, Jahun, Dambatta, Miga and Wudil. Dr Wada was known during his working career as punctual and dedicated to his official work. He was known as someone who works around the clock as people used to knock at his door at any hour for medical attention. He was also very humane to his patients which also earned him a reward of a motorcycle after he was recommended by a European colonial officer in 1950s.

Alhaji Abdullahi Ahmed Yola the former solicitor General of the Federation and permanent Secretary Federal Ministry of Justice said the following about him “In the late 1960s when I was in Dambatta boarding primary school, he was then called Malam Wada Dambatta, and was the in charge of Dambatta clinic. I was taken to him when I fell sick and was treated by him. He used to come to my hostel to monitor my condition. Those people were even better than some doctors of nowadays in terms of commitment. He was very neat and always in his lab coat during official working hours.

Dr Wada was known for his courage in accepting assignments that many of his colleagues will be avoiding for fear of stepping on toes.

Dr Wada became more prominent in Kano in 1984 when he headed the Task Force to sanitize Kano Metropolitan. He did exactly what Nasiru Elrufai did in Abuja when he was FCT Minister. He cleared Kano of illegal structures, street beggars, hawkers, and impounded animals roaming the streets of Kano.  Dr Wada was severally abused, insulted and even faced death threats for executing his official responsibilities without fear or favor. There was a time some traders at Kantin Kwari told him to stop coming to do his work at the market or they will use charms to kill him spiritually but fearless Wada told them to go ahead.

Dr Wada was an ardent reader to the extent that his wife testified that, he hardly had her time when he gets a new book. I also experienced what his wife said about him concerning his love for books because whenever I gave him a book that day he will not have my time because immediately I gave him any book he will start reading it on the spot.

He was a very generous person; he fed his neighbors that are needy three-square meals more especially those that are widows, sick, and elderly. He was generous to the extent that, he could share whatever he had with his friends, relatives, and less privileged. My uncle Alhaji Ibrahim Magashi said the following about his generosity “In 1982 I told him about my plans to postponed my daughter’s wedding due to financial constraints but he asked me to take all what he prepared for his daughter’s wedding (Umma) and said Allah will assist him in preparing again for his daughter before the fixed date”. Three month ago, I visited him at Dambatta and he gave me an expensive Babbar Riga and a wrist watch.

Dr Wada was a health worker, an administrator, a labor union activist, a politician and a traditional ruler. He was related to my father through Sarkin Bai Kwairanga (1845 – 1885). And Galadiman Sarkin Bai Jilani. He joined his ancestors on 27th May 2020.

Dr Wada is survived by two wives, children and grandchildren. May Allah grant him aljannah firda’us, and his family the fortitude to bear the irreparable loss.

Covid-19: ICRISAT to distributes free seeds to 10, 000 farmers as palliatives