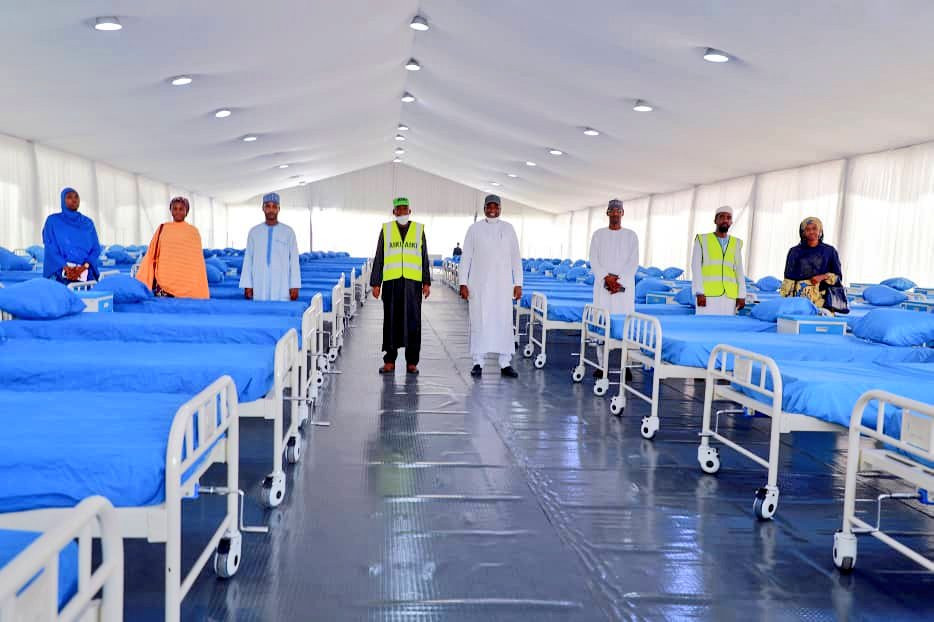 Coalition Against Covid-19 (CACOVID) has described the viral video of Kofar Mata Isolation Center, donated by CACOVID and still under construction, as a sheer mischief aimed at scuttling the fight against the spread of the virus in the state.

In a statement issued and signed by Chief Executive Officer (CEO) CACOVID Zouera Yousoufou, stated that, the attention of CACOVID has been drawn to a mischievous viral video on social media of an isolation centre under its adding that the video is a sheer mischief and deliberate attempt to scuttle the ongoing fight against COVID-19, which has started yielding fruit in the state.

According to the statement, in March 2020, CACOVID had launched its intervention to Kano with the establishment of a two-tent facility of Kofar Mata 500-beds Isolation centre in the state’s metropolis.

The statement also revealed that, CACOVID had also provided all the needed equipment, including respirators, lab equipment, oxygen equipment, and Personal Protective Equipment (PPE) and other consumables for the facility that are presently warehoused in the Kano State Ministry of Health stores and other locations pending the completion of the construction work.

It added that, given the Infection Prevention and Control Protocols required with advice from the Nigeria Center for Disease Control (NCDC) and the Kano State Ministry of Health, the isolation center in question had to be redesigned in order to effectively serve the purpose for which it was established.

“Based on the advised that more centres should be set up using some of the 500 beds initially procured for the Kofar Mata center, the centre was redesigned to occupy 213 beds and the rest of the beds were distributed to other 3 newly established centres within the state,” it stated.

According to the statement, the ongoing redesign project of the Kofar Mata isolation Center includes, introduction of donning and doffing areas at the entrance and exit point of each tent to demarcate red and green zones for staff movements as well as introduction of a dedicated testing area away from the staff areas and the wards in order to test potential cases among other vital provisions.

It added that, the heavy and complex redesign has taken longer than the management expected due to the various lockdowns and related slower pace of work.

The statement stated that, new expected handover date of the Centre will duly be communicated as work is in progress at the site.