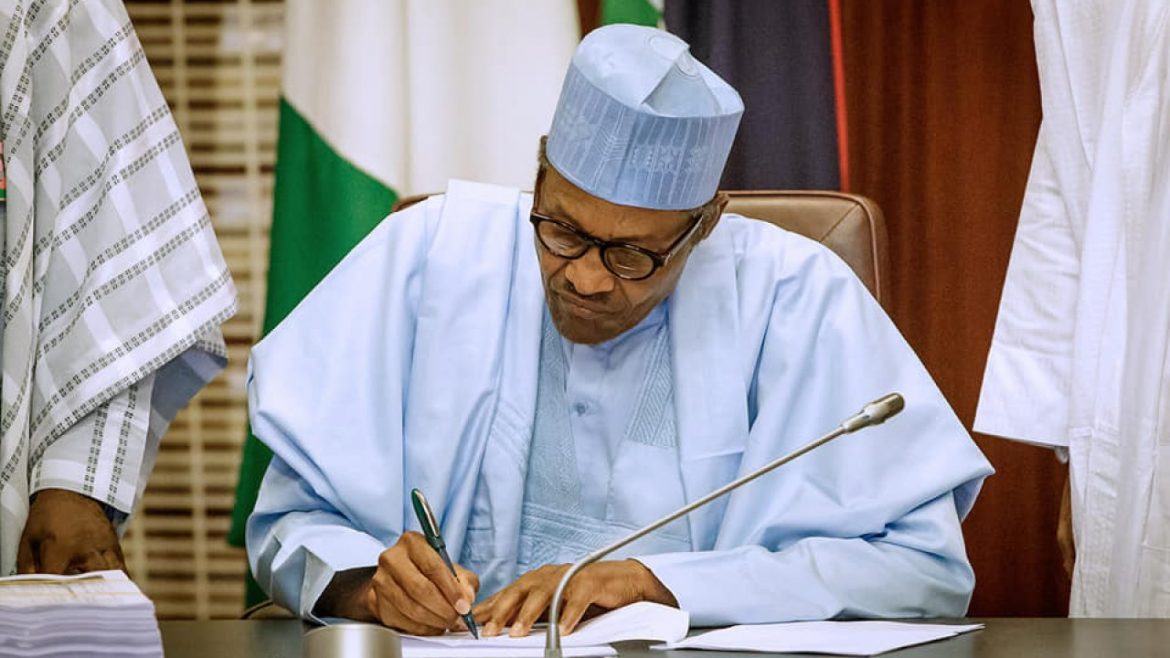 The Resource Centre for Human Rights and Civic Education (CHRICED) resoundingly commends President Muhammadu Buhari for signing the Executive Order 10, which grants financial autonomy to the legislature and judiciary at the state level.

This is contained in a press statement signed and issued by CHRICED Executive Director Comrade Dr. Ibrahim M. Zikirullahi.He saysthe Executive Order 10 is important, if faithfully implemented, it will contribute in no small terms to the deepening of democratic accountability in Nigeria.

Dr. Zikirullah says one of the major hurdles to democratic accountability and good governance has been the overwhelming and over-bearing influence powerful state governors have been wielding over the legislative and judicial arms of government in their states. For instance, the COVID-19 response in many states, governors tended to act with impunity and disdain for key processes of democratic consultation.

He also says, there have been many other situations wherein governors acted like emperors, and with disdain for judicial and legislative processes. We have seen examples of governors sending in their annual budgets and then ordering the Speakers of the House of Assembly in their States to pass the budget without any form of consultations with citizens. Similarly, the dispensation of justice by the judicial arm of the state has equally been encumbered over the years because the executive arm of government has been the source of funds for even the judiciary to run its system.

Therefore, Executive Order 10 signed by the President is not only an important step to addressing the above anomalies, it is also a necessary intervention which would cut some avenues where public funds are corruptly siphoned by some governors.

It is therefore up to the legislature, the judiciary and citizens in the states to take the lifeline offered by the Executive Order 10 to free themselves from the vice-like grip of emperor-governors. We believe by signing this Order, the President has the interest of the nation and its people at heart. The onus is now on the people, and the relevant institutions to mount the pressure required to be free from the oppressive hold of state governors.

CHRICED believes this effort by the President, coming not long after granting financial autonomy to the Local Governments, would strengthen our nation’s democracy and provide the basis for the rule of law and accountable governance to take roots.